At CEI, we are proud to celebrate over 30 years as Chicago’s Team Building company. From our founding as birthday party and corporate picnic creators in the 80’s to our current innovative team events, CEI has grown into a respected force in the hospitality industry. Our roots and connection to Chicago remain strong as we collaborate with outstanding organizations and support local charities. We are thankful for all the amazing relationships we’ve established over the years and we appreciate your continued support!
~ Linda

END_OF_DOCUMENT_TOKEN_TO_BE_REPLACED

We Want to Network!

It has been sooo long since we could shake hands, pat each other on the back, and network in person. Are we losing touch? Or are we more connected than ever? With social media at our fingertips, however, it is relatively simple to find friends and colleagues. Getting to know new people in a work setting is more challenging and takes a bit more effort. At CEI we like to provide gamification at meetings and events to help attendees network and bond. Zoom fatigue diminishes if you are actively engaged. Friendships develop in a fun atmosphere!

END_OF_DOCUMENT_TOKEN_TO_BE_REPLACED

Planners are getting creative when it comes to presenting exciting entertainment for virtual destination meetings and incentive trips. After all, what can compare to actually spending a week in Costa Rica or Italy? How about tasting wines from around the world or a hands-on cooking class with a celebrity chef in your own home? Enjoy front-row seats to a sought-after concert or amazing magician. At CEI, we team up with planners to offer interactive team events to enhance the virtual travel experience. Check out two of our newest programs!

END_OF_DOCUMENT_TOKEN_TO_BE_REPLACED 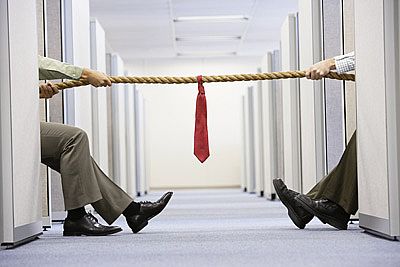 To that end, we at Corporate Event Interactive suggest you kick back and let us do the leg work as you read our list of games ready-made to introduce a little fun into your office.

Binder Clip Tag
The objective of Binder Clip Tag is to pin a single binder clip on to a coworker or something they are wearing without the coworker in question noticing. If your victim notices what you are doing, you’ve failed and must try again later or choose another, less-observant person to try to clip it to. If the clipping is a success your hapless victim is left to find out they have been clipped the next time they brush a hand through their hair or dig for their pen in their pocket. When they discover they’ve been clipped the hunted becomes the hunter and the once-victim is tasked with passing the binder clip on to another coworker in the same sneaky fashion it passed to him/her.

Strategy tip: baggy clothing is a disadvantage as is not having eyes in the back of your head. If you want to raise the stakes of the game, set a wager on it. Whoever leaves with the binder clip on them at the end of the day buys the next round of drinks.

Word of warning: this game is difficult to stop playing. Head on a swivel!

Photo Assassins
This is an office-safe riff on the classic game Assassins. To begin, one person must assign each player a target from among the other players. All players should be linked in a chain, for example: Player A is hunting Player B, Player B is hunting Player C, and so forth. Then all players receive the name of their target and the game begins.

Each player’s task is to find and “assassinate” their target. The weapon of choice for all players is a smart phone or digital camera and the only viable assassination method is a picture of the target facing the camera. (Note: Photos from behind don’t count, but should you find yourself walking behind your unfortunate target, we suggest saying their name. That usually does the trick.)

When an assassination successfully takes place, the assassin announces to the target that he/she has been assassinated (and shows them the picture for quality control). The newly assassinated player then relinquishes to their attacker the identity of the target they’d been hunting. For example, if Player A takes a photo of Player B, Player B gives Player A the slip of paper with Player C’s name on it. Then the game continues until there is only one player left.

1. One person receives a note that says: “Choose five outrageous lies about yourself and tell them to as many people as possible today.” (For example: “Bon Jovi is my grandfather”, “I invented Scrabble”, or “I was once on a scrubbed moon launch”. The other players receive notes that say: “Someone is going to tell five outrageous lies about themselves today. You win if you can name him/her by the end of the day.”
2. One person, let’s call him Bob, receives a note that says: “You have no mission today. Get some work done!” The other players all receive notes that says: “Steal something from Bob’s desk today!” and are told they are the only ones to receive that specific mission. Bob wins if he gets wise to what is going on or catches anyone red-handed.
3. This mission involves players and non-players in a meeting setting. The players are each assigned a word that is somewhat awkward to fit into a sentence, for instance: “Sasquatch”, “Formaldehyde”, or “Fungus”. The task of each player is to fit that word into a sentence five times during a meeting in which both players and non-players are present. The winner is the player who can use the word in a sentence five times without any of the non-players noticing or remarking in any way that they are saying the word more than usual.

Ninja Game
Let’s be honest, at one point or another we’ve all wanted to be able to disappear in Ninja fashion in the blink of an eye or the turn of a head. Well, here is your chance to practice. The objective of in the Ninja Game is to vanish at unexpected moments; the more unexpected the moment and thorough the vanishing act, the better. For example, imagine you and a coworker are walking down a hall past a bank of elevators. Your coworker is droning on about the TPS report he has to file, while you slip silently into the elevator as the door slides shut. If your coworker does a double take, you win. Extra points for crowds.

Post-It Bomb
Disclaimer: This game involves imaginary explosions. We recommend consulting your legal department and/or office fun-killer before playing.
To play Post-It Bomb all you need is a pen, a stack of Post-Its, and a taste for paranoia and theatricality. To play, participants simply write the word “Bomb” on a Post-It and place it where their coworkers will stumble upon it. Viable locations for Post-It bombs include: in a stack of papers, on the back of a chair, in a closed laptop, on the back of a bathroom stall door, etc. Bombs should be labeled by their location, for example: “Text Message Bomb”, “Toilet Seat Bomb”, “Trash Can Bomb”, etc.

When any player sees a Post-It bomb, they must explode. No, not literally, but it should still cause a scene. We’re talking noise, papers flying, his/her body flopping onto the floor. Any coworker who witnesses the “explosion” and deems it inadequately dramatic has the right to call for a repeat performance until all witnesses are satisfied the theatrically-challenged victim in question has truly and properly exploded.

However, if a player anticipates the location of a Post-It bomb in, say, a briefcase, he/she may loudly declare “I hereby disarm the briefcase bomb!” Bombs disarmed in this manner may be safely handled and destroyed without threat of explosion/embarrassment.